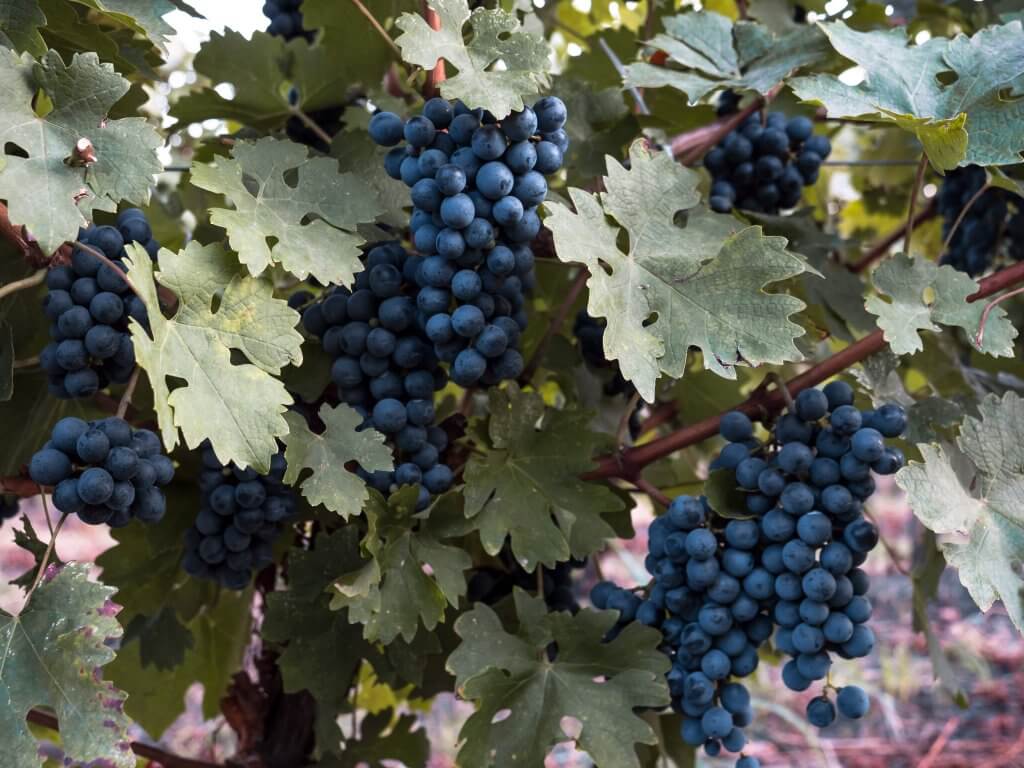 Adored and revered by wine specialists but largely unknown amongst many wine drinkers – this superlative grape variety is generally added as a blend to Cabernet Sauvignon and Merlot wines. Many of the great wines of Bordeaux, California, Australasia, South America and South Africa all contain Cabernet Franc in varying amounts.

Only in the historic Loire region of France has it long been used as a single varietal – in the sub-regions of Touriane: Saumur Champigny, Bourgeil and Chinon (where it is sometimes referred to as Bouchet). However, in recent times it has been bottled as a monovarietal with great success in Argentina, South Africa, Italy and Chile, with smaller plantings in Australia, New Zealand and USA following suit.

Loire Cabernet Franc, being of a northerly climate for a red grape, is generally light to medium bodied with a freshness and crispness which lends itself well to classic rich French bistro fayre.

However, the versions from the new world and Italy are richer and more voluptuous in style, with excellent balance and structure but with less aggressive tannins and acidity. They have a particular affinity to lamb dishes but are equally compatible with all classic roast meat dishes.

Cabernet Franc has the ability to age extremely well – gaining a hauntingly floral and perfumed personality as it ages. Showing just what the potential is for this grape variety you only have to look at two of the great Bordeaux châteaux for confirmation: Châteaux Cheval Blanc and Châteaux Figeac in St Emilion where they use Cabernet Franc as their majority planting, and all the First Growths in the Medoc region use it to some extent in their blends too.

If we’ve whetted your appetite to try a wine made from or blended with Cabernet Franc, take a look at these …..

Pure Cabernet Franc  We currently have five in stock.
take a look

Cabernet Franc blend (aka Bordeaux blend)  We currently have 14 wines where Cabernet Franc has been added to the blend.
take a look