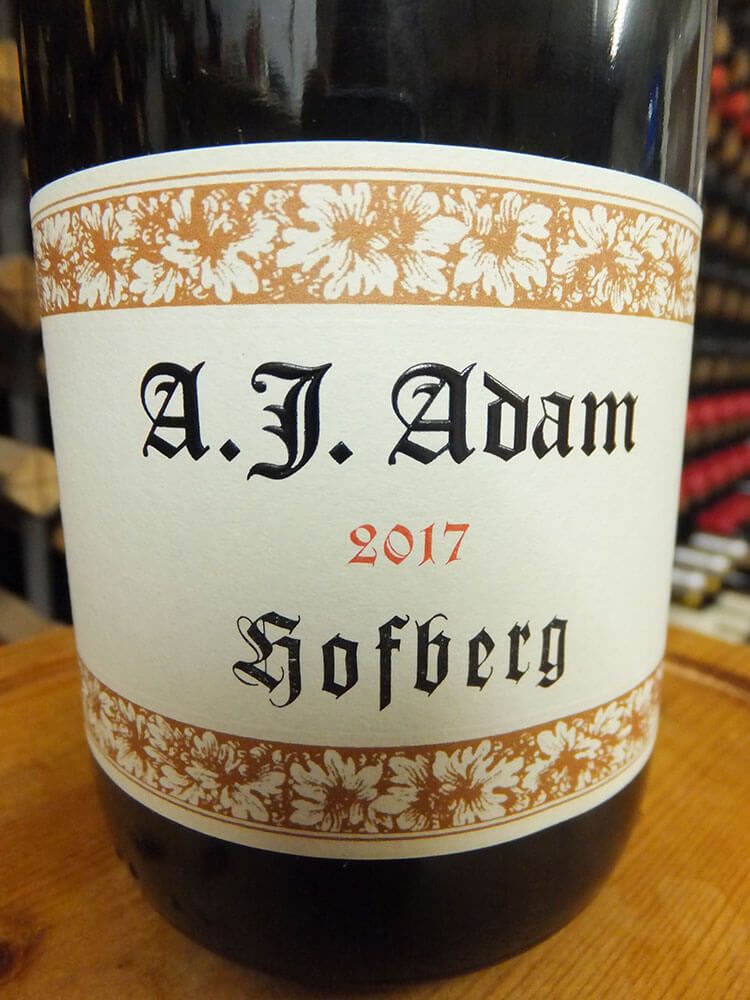 Historically one of the greatest vineyards in this region of the Mosel.

The Hofberg is planted on slate soils which produces a dry wine of purity and precision with lime, mandarin and lychee flavours. Old vines (60+ years old) give marvelous concentration and length. The Riesling grapes are selected from 2-3 parcels within the Dhroner Hofberg.

Will age supremely for 15+ years.

Andreas Adams winery is in western Germany – in the Drohn valley region – which takes its name from this tributary of the Mosel river. It’s around 50km north-east of Trier, so not too far from the border with Luxembourg. The steep, southwest-facing Hofberg was first recognised as a premium vineyard site back in 1868, and its fame continued into the 1950s and ’60s. However, some vineyards were later abandoned as younger generations moved to the cities – Andreas’ parents included.

However Andreas took renewed interest in his family’s vineyard whilst at Geisenheim University, and took work experience at some other notable German estates. His first official vintage was in 2000, aged just 21 years, from a one hectare vineyard belonging to his grandfather. Andreas invested in vineyard in the Dhron valley when land was inexpensive, as the slopes were steep and hard to cultivate. He now works alongside his sister Barbara (who also graduated from Geisenheim University, in 2013), and they produce a fantastic range of Riesling wines from 5 hectares of vineyard, divided into numerous parcels across Drohn and Piesport.

Soils here are predominantly grey-blue slate and quartz. All harvesting is by hand, with thorough selection in the vineyard and minimal intervention. Only natural yeasts are used and wines are left on lees for extended periods.