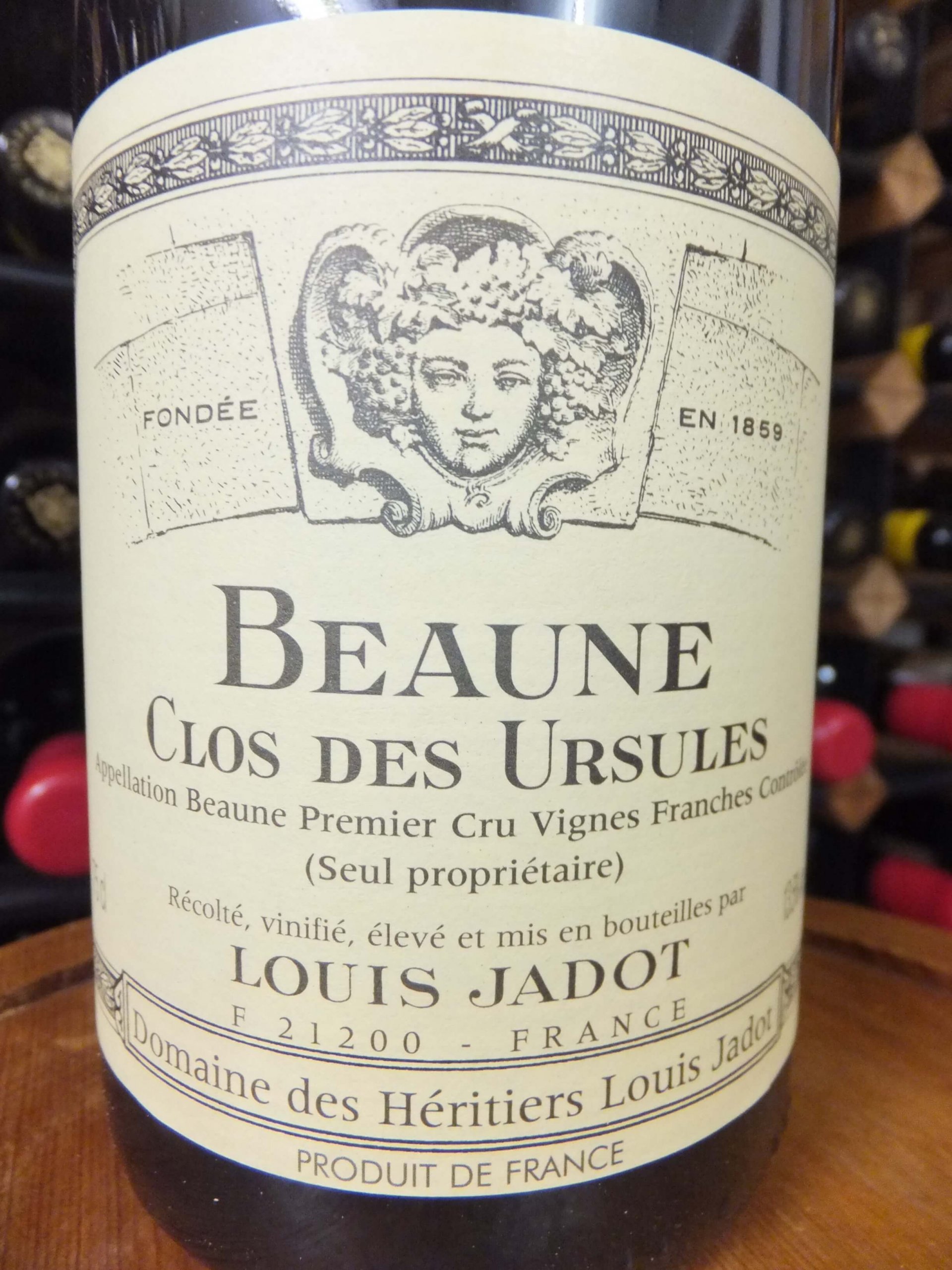 This vineyard always produces the most generous and full-bodied wines with rich fruit, complexity, structure and depth, making it a Grand Cru in all but name.  Now coming into its drinking window – no rush, drink now or keep till 2025.

The Clos des Ursules once belonged to the convent of Saint Ursule when the wall separating it from the rest of Les Vignes Franches was built. In 1826 it was the first vineyard that Louis Henry Denis Jadot bought and it has remained a Jadot family “monopole” ever since.

From the tip of Chablis to the toe of Beaujolais, from regional, village, 1er Cru and Grand Cru wines Louis Jadot produces Burgundy and nothing but Burgundy. The familiar Bacchus head label has become the reliable stamp of quality and consistency from what can often be a confusing region.

Today, the business is headed up by Pierre-Henry Gagey, son of André Gagey, who was entrusted with the management of Louis Jadot in 1962 by Madame Jadot following the tragic death of her son, Louis Auguste Jadot. Pierre-Henry is a passionate believer in terroir, allowing the wines to present the very essence of Burgundy.

91-93pts Robert Parker
“The 2010 Beaune Clos des Ursules is dark, rich and gorgeous. Black cherries, plums and spices take shape beautifully in the glass, while the wine’s structure appears later. The balance of fruit, structure and acidity is so seamless that nothing really stands out here. The Ursules needs a few years in bottle to come together, but it is shaping up to be a gem. The Clos des Ursules shut down fairly quickly in the glass, suggesting it may be a number of years before the wine becomes truly expressive. Anticipated maturity: 2018-2028.” (2/2012)

90-93pts Wine Spectator
“Jadot’s Beaune Clos des Ursules (from Heritiers Louis Jadot) is the firm’s flagship Côte de Beaune and in 2009 and 2005 represented fabulous value. Planted in 1954 and 1972, this is a big mouthful of Pinot Noir, sumptuous, yet backed by a firm, vibrant structure, with extra layers of cherry, green olive, burning vine cuttings and very special old-vine character.” (12/2011)