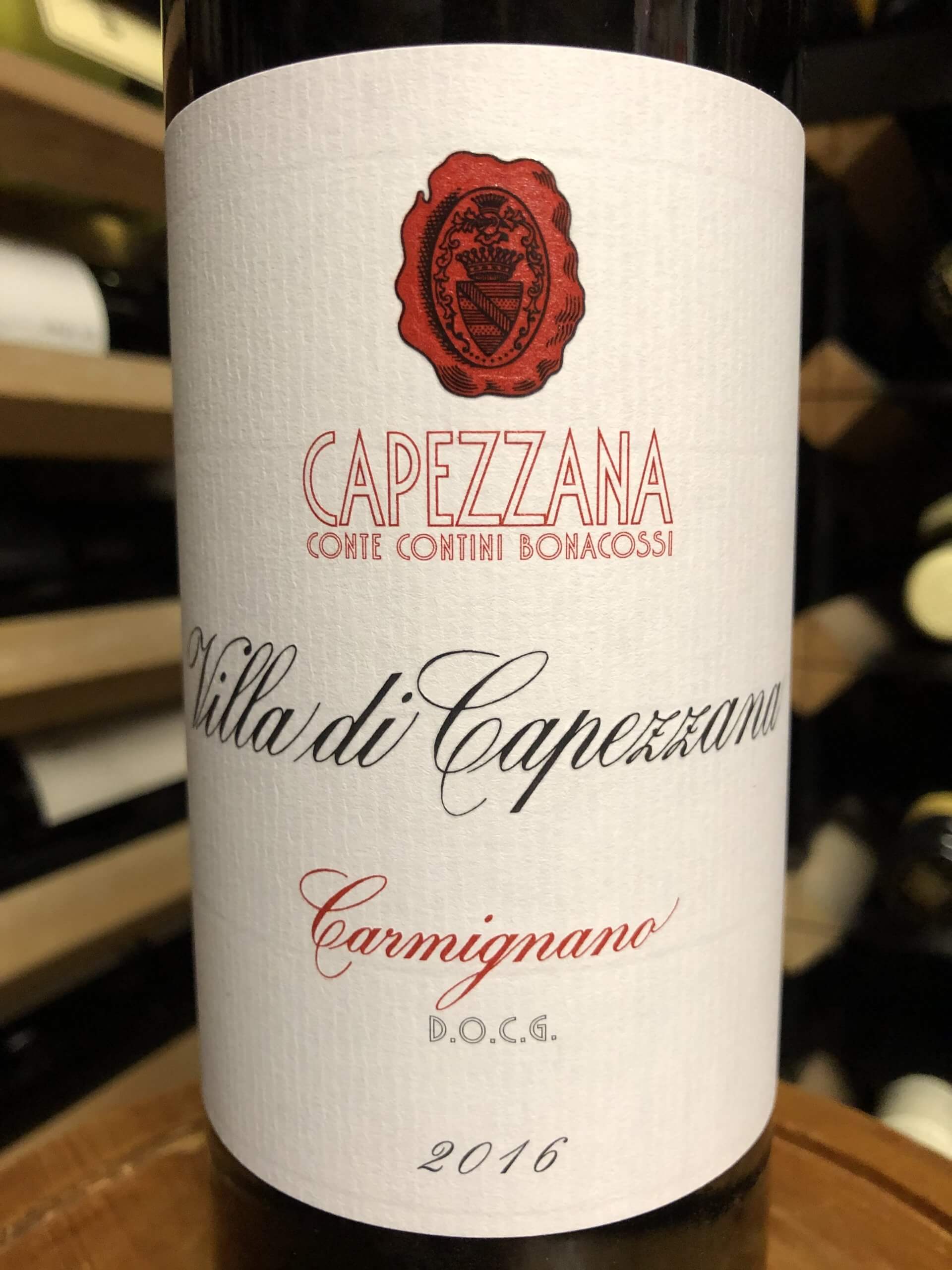 The outstanding quality of the 2016 vintage shines through in this aristocratic and superbly harmonious 80% Sangiovese, 20% Cabernet Sauvignon blend.  Full bodied yet supple and rounded with black cherry and blackcurrant fruit, supported by hints of mocha, rosemary, almond, spice and vanilla.

96pts Decanter, Aldo Fiordelli. 20th October 2020
“A mild winter was followed by a rainy spring, giving great water reserves for the summer. The growing season was without extremes, the grapes reaching ripeness after three days of rain in the middle of September. `All the grapes were perfect,` said Filippo Contini Bonacossi. Indeed, 2016 is one of the best recent vintages in Tuscany. This wine, crimson and dark, is full of concentration and extract without losing grace. Fresh bramble fruits dominated by raspberry are joined by violet, leafy notes and liquorice. The tannins are grainy and masculine, yet precise on the finish. Refreshing and balanced, this is the wine representative of the estate`s postmodern winemaking: the first to be officially organic and partially aged in large oak vessels. A great Carmignano.”

Production notes – Grapes are grown on the estate’s 104 hectares of vineyard which have been converted to organic production. Vines are situated at approximately 150-200 metres above sea level, facing south, south-east and south-west. Soils are schistous clay with limestone.

The 2016 vintage was characterised by a very mild winter with regular spells of rain until early June allowing for important underground water reserves to build up. Conditions through the growing season were good, with a large crop of healthy grapes flourishing during the dry, sunny and warm summer days that were balanced by cool evenings. Although heavy rainfall (80ml over three days) arrived on the 15th September, overall this vintage is characterised by the large diurnal temperature variation during summer which has given the 2016 vintage an aromatic note more defined than in previous years.

The Capezzana estate, 24 kilometres north west of Florence, is owned by the Contini Bonacossi family. The younger generation is now firmly in charge of the estate’s 80 hectares of vineyard, with daughter Benedetta Contini Bonacossi as winemaker and Francesco Bernabei as consultant winemaker. The wines have an elegance which marks this estate out from the crowd.

The estate has 80 hectares of vineyard and 30,000 olive trees, all of which are farmed organically (the wines are certified organic from the 2015 vintage onwards).