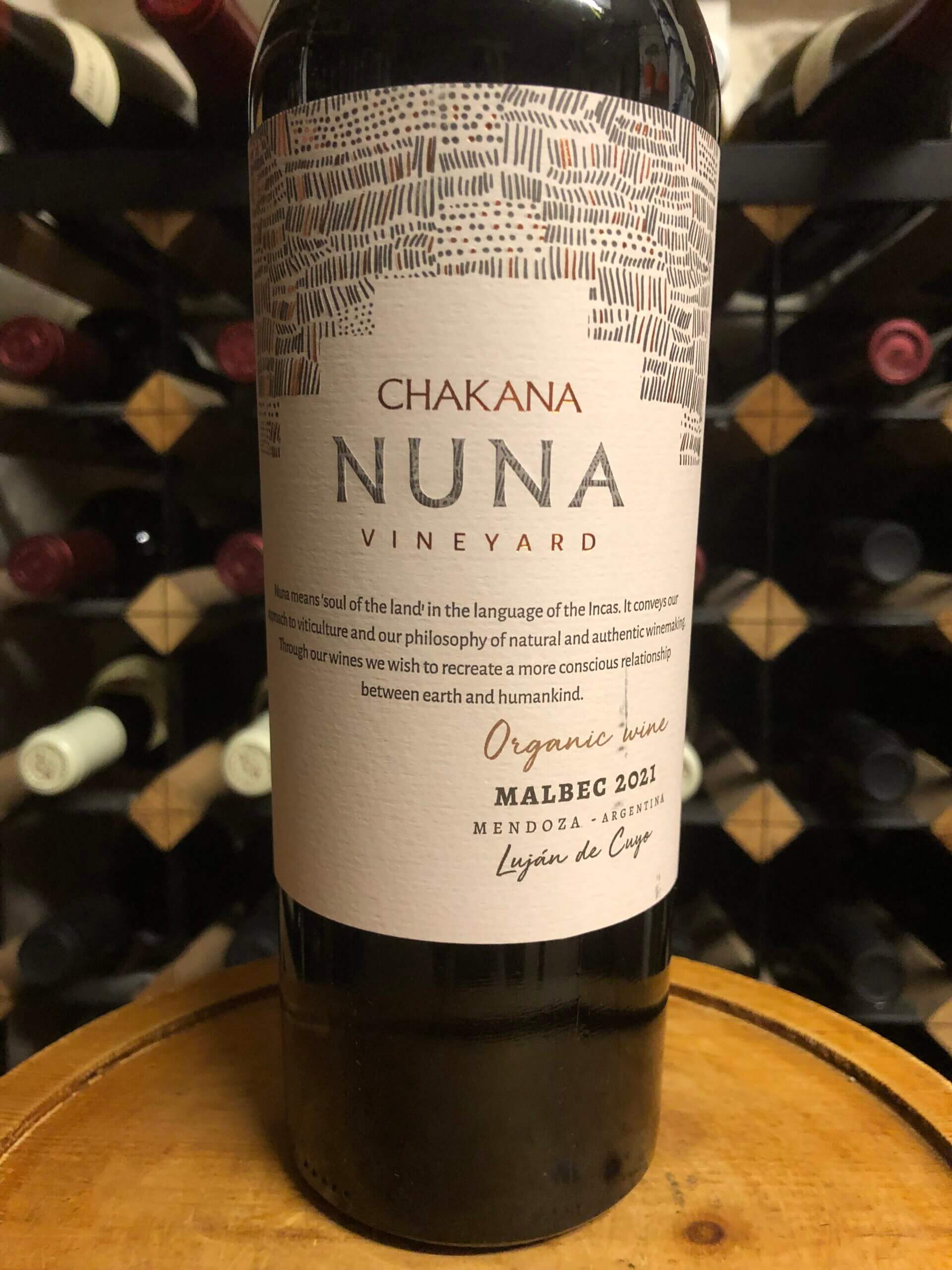 Really good value from this excellent rounded, mellow and smooth Malbec.  Lots of plum and blackberry fruit, plus hints of fruitcake, spice, mocha and dark chocolate.  A comfort blanket red!

Bodega Chakana was founded in 2002 in Agrelo, Mendoza. It tells the story of the search for an authentic, original and conscious identity as a wine producer….

Authentic: As the result of minimal intervention winemaking where the land and its fruits can express themselves.

Original: In terms of respect for each plot and the characteristics of its terroir that give a unique character and identity.

Conscious: In terms of recognizing ourselves as part of an integral system that encompasses the land, its ecosystem and its communities and, as part of that system, the responsibility we have to take care of it. 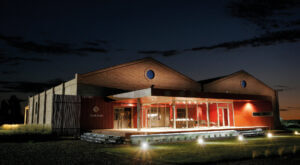 The Chakana is the Southern Cross constellation named by the Inca indigenous people. It governed their agricultural calendar.

Bodega Chakana is characterized through the study and understanding of its soils with the aim of producing wines that express the identity and character of its terroirs. It is located in Agrelo, Luján de Cuyo on the Finca Nuna estate and also has farms located in Paraje Altamira, Uco Valley. As of 2012, Chakana began a conscientious process to recover and maintain the harmony of its soils transitioning to organic and biodynamic methods of cultivation.

Chakana’s viticultural management is oriented towards the structuring and preservation of the soil’s biology and the balanced vegetative development of the vine in a way which is compatible with the soil structure of each place, its organic content and its susceptibility to frost. It follows organic and biodynamic practices on its own farms to guarantee cultivation without additives so that the vines can express authentically the character of the place.

In 2016, Chakana received biodynamic certification for the winery, vineyards and wines from Finca Nuna in Agrelo, Luján de Cuyo where the winery is located. Finca Nuna, which in Quechua means ‘Soul’ or ‘Spirit’, has 80 hectares under supervision and is one of the largest certified biodynamic vineyards in Argentina. It was planted between 2002 and 2011 and uses drip irrigation.

Analysis and segmentation of the different terroirs resulted in the definition of the most suitable plots for each grape variety. The estate works with a combination of green vegetables, compost produced on the estate, compost tea and biodynamic preparations that optimize the structure of the soil and its natural fertility.

The style of Chakana’s wines is defined by the practice of minimum intervention in the fermentation process; indigenous yeasts, minimal SO2 (sulphur dioxide) and other additives and the use of porous materials for ageing, such as cement as well as oak barrels of varying sizes and age.