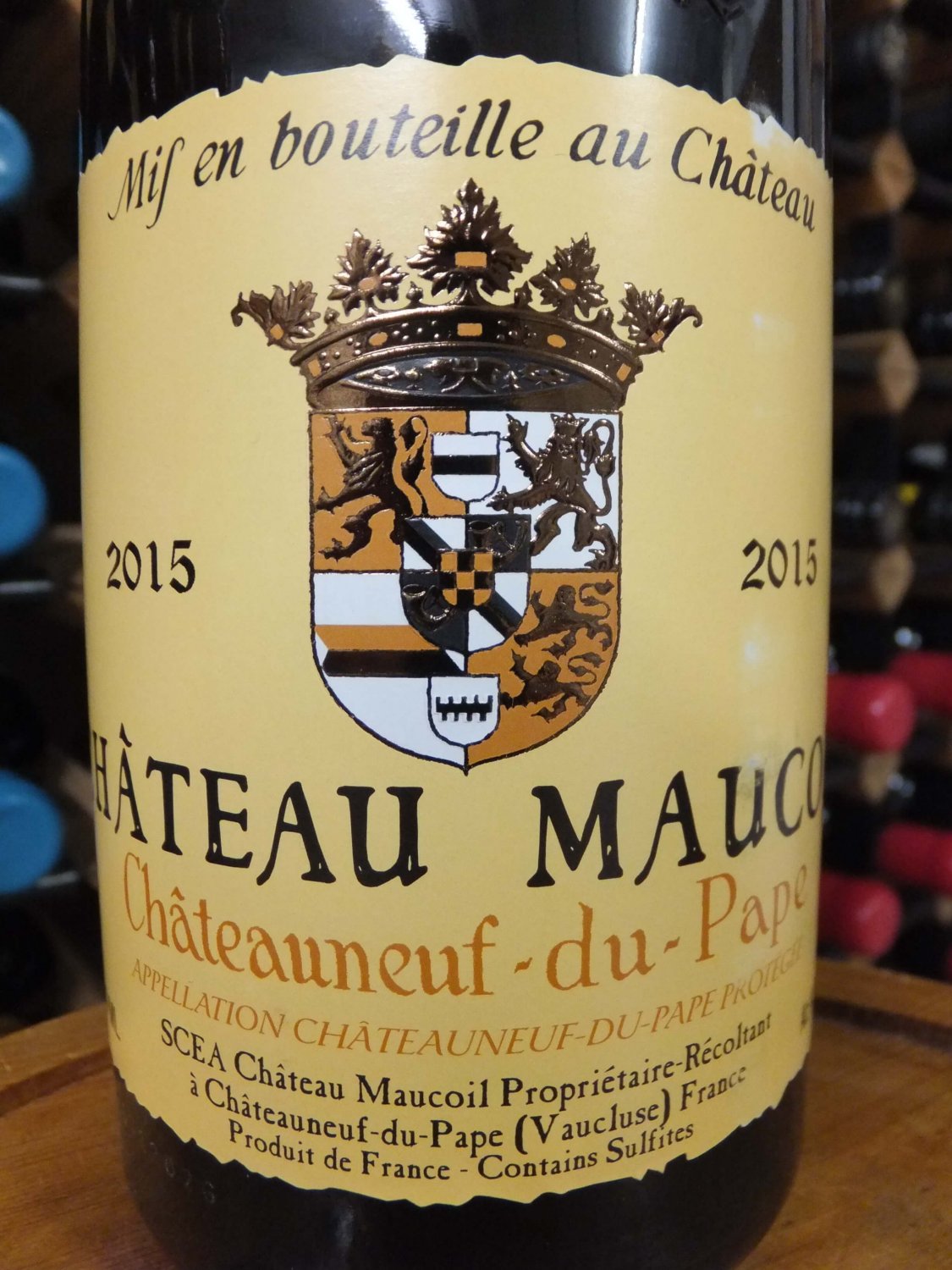 I can’t improve on the wine maker notes – “Made from organically grown grapes, the wine has lovely ripe spicy fruit, red berry flavours with a herby edge and so is a classic CNP very much of its place, warm and rich but well balanced too with a nice lift to the finish. ”

Château Maucoil’s vineyards are located in the northwest of the Châteauneuf du Pape area, on the left bank of the River Rhône, and on the appellation’s three soil types: pebbles, Urgonian limestone and sand. From the Domaine’s youngest vines (40 years on average), planted with four grape varieties on sandy and pebbly soils. The yield is around 25 hl/ha and harvesting is carried out by hand, with the grape individually sorted before by grape variety and by parcel before vinification in concrete tanks. After around 30 days in vat, with pumping over, rack-and return and punching down, the wine is matured separately for different lengths of time, in vats and barrels previously used for one vintage. The wine is then blended and bottled.”

First occupied by Romans setting up base for Caesar’s legions and later the home of Joseph de La Pise, archivist to the Dutch royal family, the historic Château Maucoil has been owned by the Arnaud family since 1995. Their 25ha of vines in north western Châteauneuf-du-Pape (the youngest of which are 40 years old; the oldest dates back to 1895!) were certified as organic in 2014. Benedicte Bonnet née Arnaud and her husband Charles prefer to use ancient methods in the vineyards – furrowing, forming mounds, ploughing and natural weeding. Maucoil is one of the few Châteauneuf-du-Pape estates who have conserved all thirteen of this famous appellations original varietals and grapes must pass three stages of rigourous sorting before being deemed perfect enough to be made into wine.