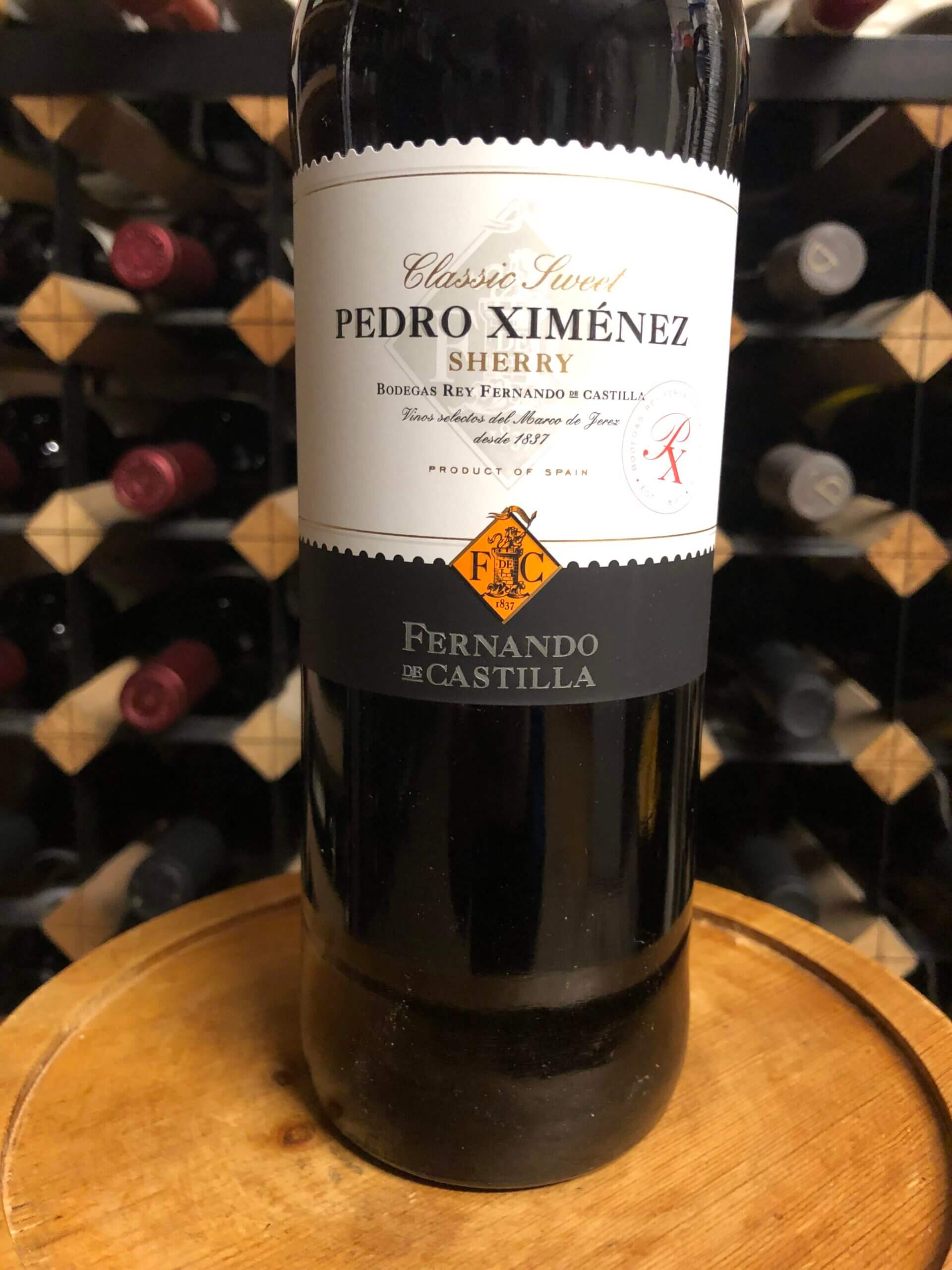 Pedro Ximénez grapes are harvested and dried for up to 2 days in the hot September Spanish sun. The grapes are too sweet to ferment naturally and are fortified to 15% alcohol. Ageing then takes place in a solera system producing the Classic PX which is on average 12 years old.

Bodegas Rey Fernando de Castilla is located in the historic centre of Jerez. Its story began with the aristocratic Andrada-Vanderwilde family, who for two centuries provided grapes and wine for the production of sherry in the area. In 1972 Fernando Andrada-Vanderwilde took over some old sherry cellars and brandy soleras from a couple of local bodegas, and changed the name of the company from Fernando III to Fernando de Castilla. In 1999 Jan Pettersen, a Norwegian with 15 years experience at Osborne, bought the company and also acquired a neighbouring almacenista, José Bustamente. He also formed a partnership with a local grape grower – to ensure consistent supply of high quality grapes – unusual for the smaller bodegas, who usually have to rely on co-operatives. He decided to focus entirely on high-end, complex sherries – in the process upgrading the bodega to one of the most interesting and highly regarded of the small independent sherry houses in Jerez.

Food matchGood quality dark chocolate / toffee / sip on its own!