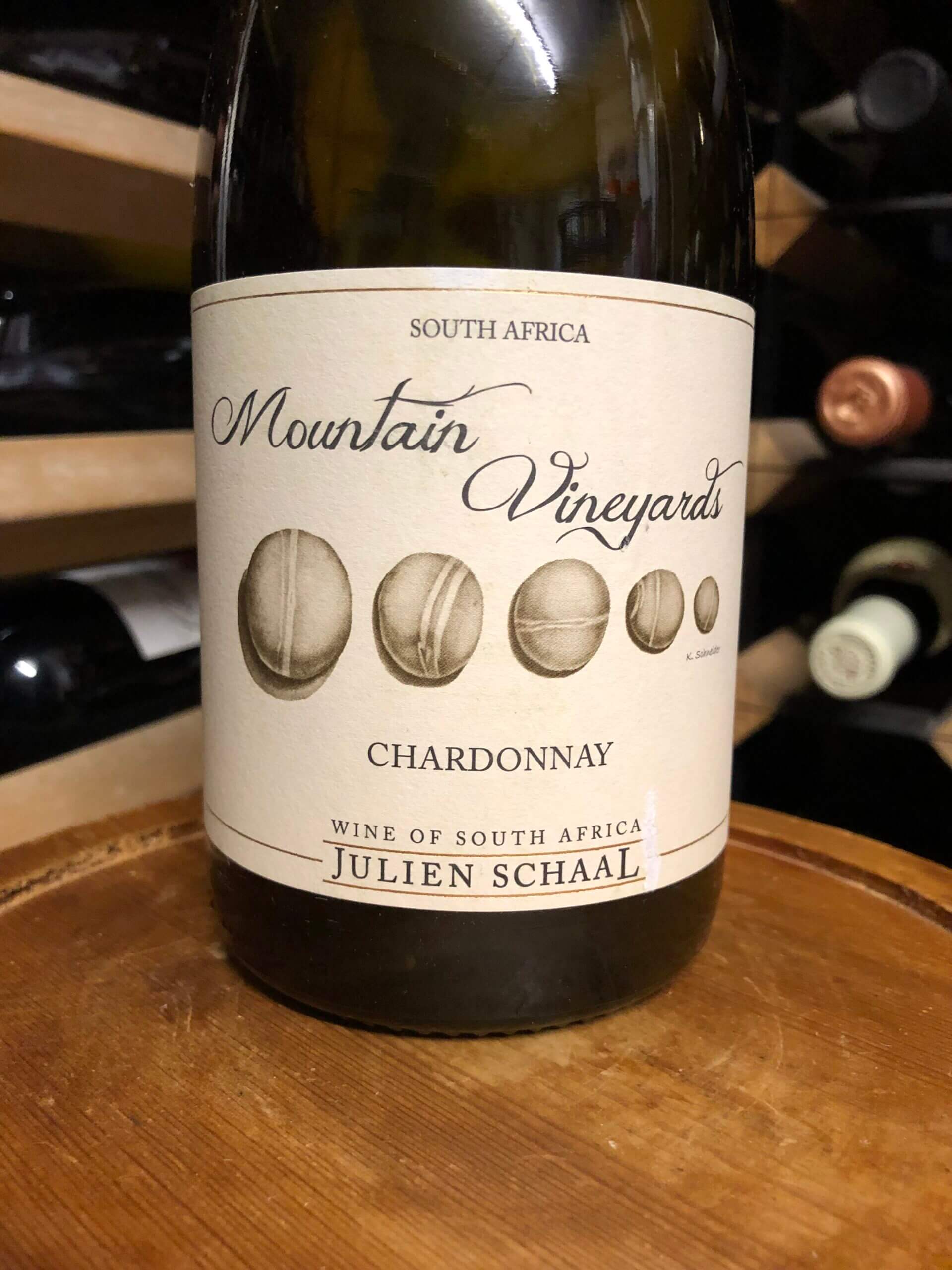 Burgundian style Chardonnay produced by a Frenchman in South Africa!  A super refined and elegant wine – the cooler climate in Elgin allows for a longer ripening period and the great fruit quality shines through. Just the right amount of creamy fruit, crisp minerality and cleansing acidity.

Renowned producer Julien Schaal makes world class wines in both Alsace and South Africa, and we’ve had the pleasure of meeting and chatting with him on a couple of occasions.

“An Alsace winemaker, I fell in love with South Africa while working the 2003 harvest in Hermanus. Returning the following year I cemented my friendship with Gordon Newton Johnson owner of the Newton Johnson vineyards in the Hemel-en Aarde Valley. After a late night, and a few of the obligatory brandies, I was able to persuade him to help me start a new venture. Taking what little money I had saved I invested everything in grapes and barrels and made some wine…

My first vintage in 2005 consisted of just a few barrels of Chardonnay and Syrah.

In 2013 Sophie joined me in the adventure; a graduate of the winemaking school in Burgundy she has embraced the project wholeheartedly and we now spend our time shuttling between seasons, making Riesling Grand Cru together in Alsace in October and our cool-climate South African Chardonnay in February !” Julien Schall