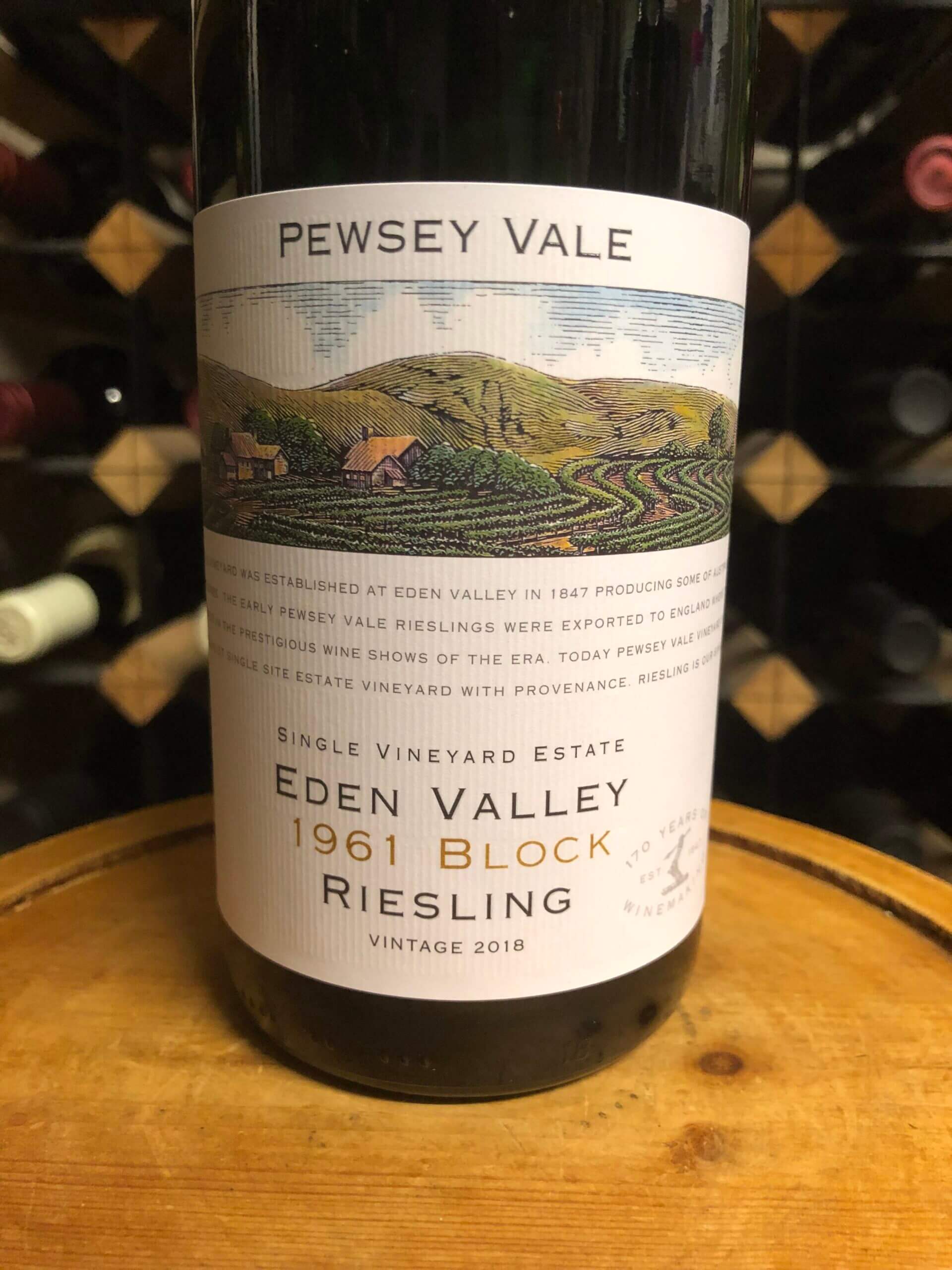 This dry, wild ferment Riesling will appeal to you if you prize the more mineral driven aspect of this grape variety.  First produced in 2017 from old (1961!) vines from a specific block of the vineyard.

Will age gracefully for 10 – 15 years and develop a richer personality. However, if drinking now you can enjoy the laser-like crisp, citrus, flinty, herbal and salty characteristics.

A hidden Riesling utopia in the Eden Valley in South Australia, Pewsey Vale Vineyards love affair with Riesling started in 1847 when the vineyard was first planted by Joseph Gilbert, the son of an English landowner from the Vale of Pewsey in Wiltshire. This iconic vineyard is now under the custodianship of the Hill-Smith family, who have reinvigorated the vineyard since they bought the property in 1970, focusing on the beauty and diversity of Riesling in its many forms.

There are now 66 hectares of Riesling planted at Pewsey Vale Vineyard, at an altitude between 450 and 500 metres above sea level. The vineyard is planted in a generally north-facing amphitheatre looking down to the southern Barossa Valley. Whilst it is a single site, there are 29 separate ‘blocks’ within the vineyard, each with a slightly different aspect and character. Two of these blocks are kept aside: The Contours Block, which was planted in 1961 and as of 1995 has been harvested as a single block of wine and released five years later, and the 1961 Block, which was first released in 2017 to commemorate the vineyard’s 170th anniversary. The rest of the 27 blocks are blended to create Pewsey Vale Vineyard Riesling, a wine for which the winemaking philosophy has not changed since its first release in 1964.
Winemaker Louisa Rose and viticulturist Darrell Kruger, who between them have 60 years experience as caretakers of this property, both share the belief that great Riesling is made in the vineyard.