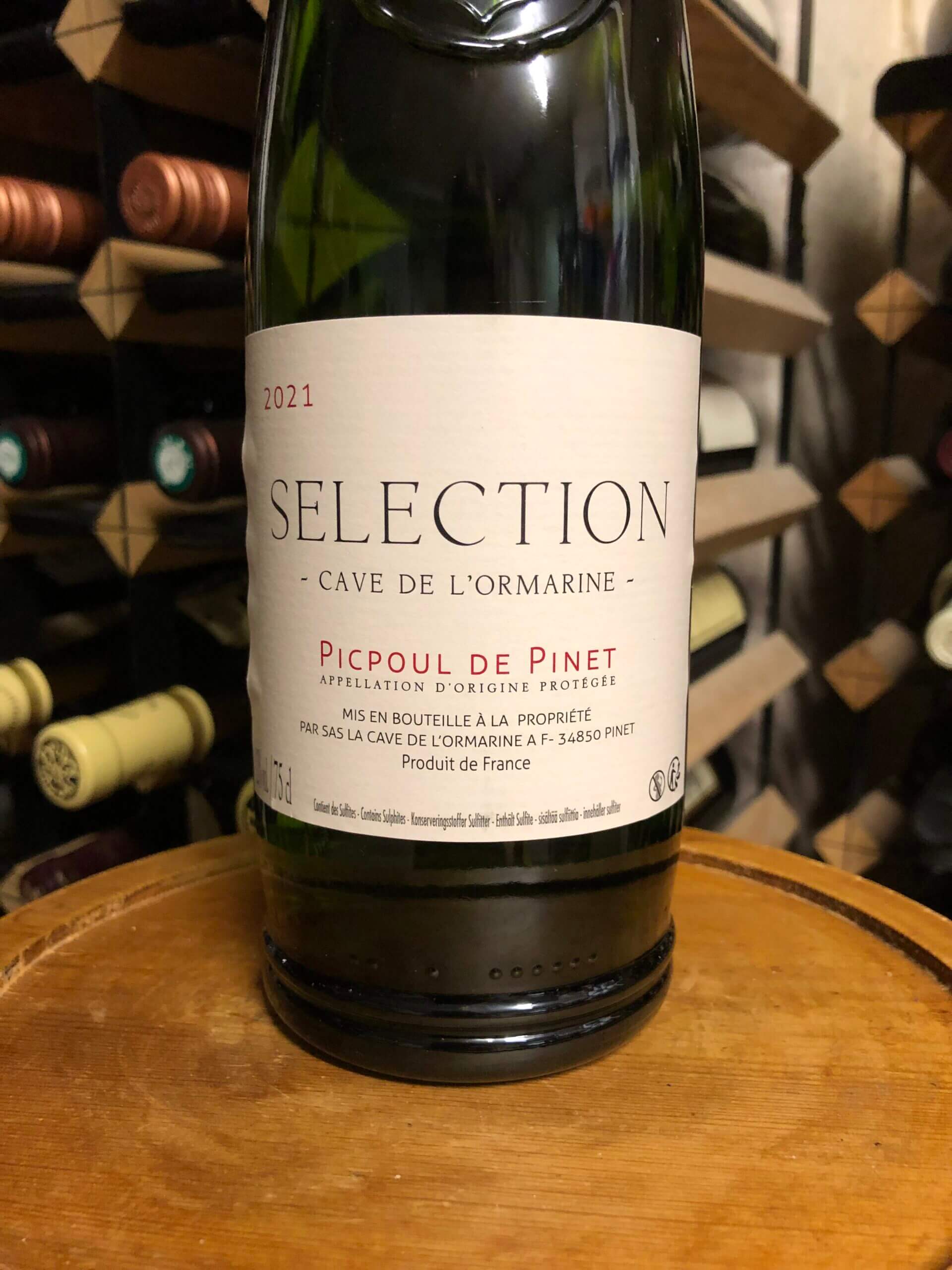 Crisp, zingy and more refreshing than a cold shower!  Delicate, aromatic and cool with ripe melon and lime fruit. Grown in a maritime climate – has a subtle saline hint on the finish.

Production notes – Cave de l’Ormarine’s vineyards lie at approximately 40 metres above sea level on a chalky clay plateau, rich in Cretaceous limestone and quartz. The vineyards lie to the North of the Lac de Thau and slope towards it. Cyril Payon oversees the production and grapes are carefully selected and picked at different times to capture different flavour profiles. They are de-stemmed and macerated on their skins followed by fermentation for approximately 2 weeks without malolactic fermentation.

Cave de l’Ormarine is an award-winning co-operative which produces wines from the tiny Pinet de Picpoul appellation in the Hérault. The Ormarine cellar was established in 1922 when vignerons from Pinet joined forces and formed a winegrowers’ association. Today, the Cave de l’Ormarine is a conglomeration of five separate co-operatives from across the Hérault, each with their own specific terroirs and styles of wine. It is proud to have 470 members farming more than 2,500 hectares of vines.

Its flagship Picpoul wines are fresh and terroir-driven, and hugely influenced by both the Mediterranean Sea and the Etang de Thau, which act as a thermal regulator for the vineyards. In fact, it is said of Picpoul that, “Son terroir, c’est la mer (Its terroir is the sea).”