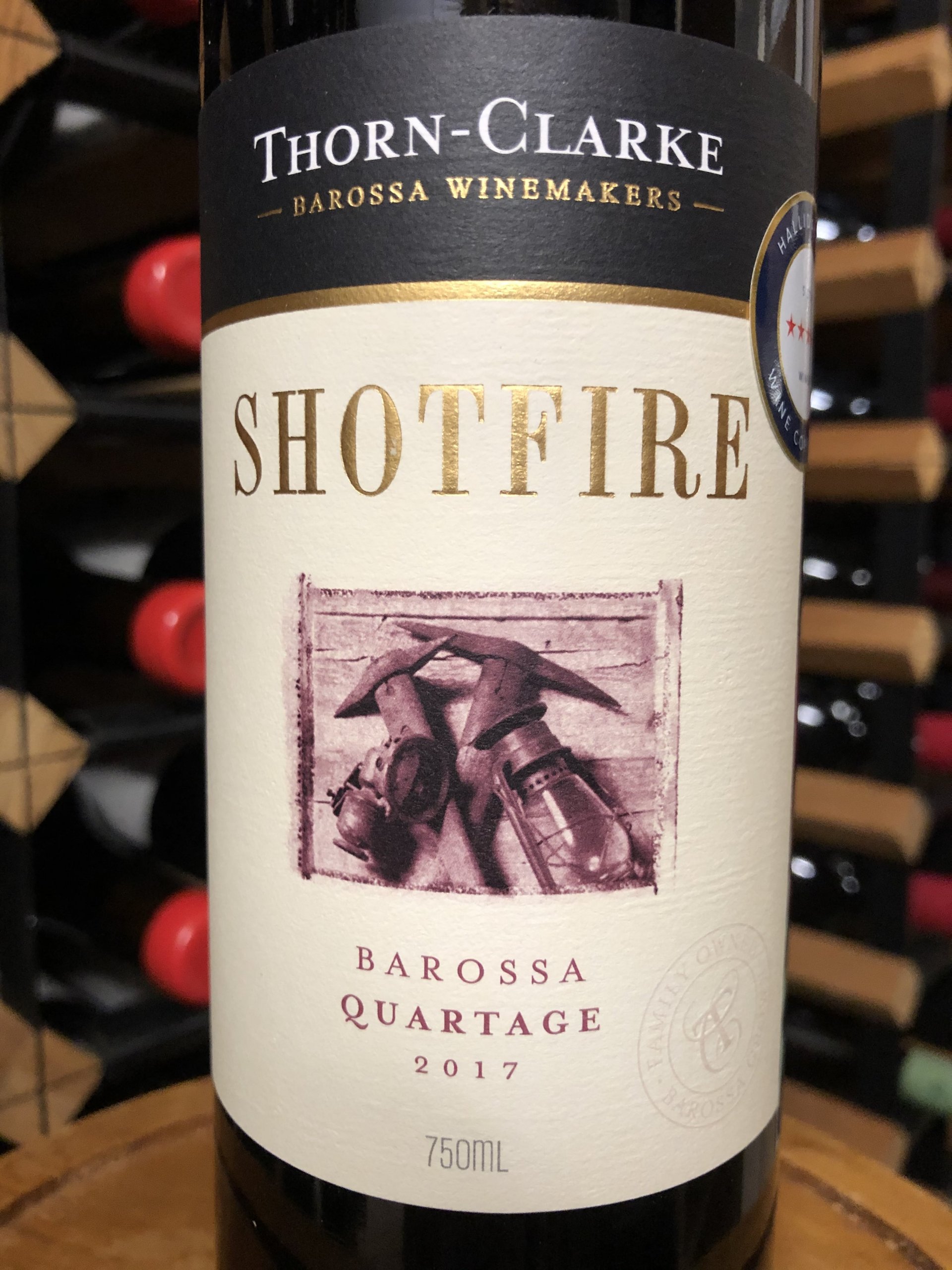 Rich red and black fruits, spice, herbs, refined tannins and understated oak. This has a lot going on yet is a very balanced and poised red.

An unusual but seriously impressive red for its price.  Fascinating blend with each grape contributing to a multi-layered complex and very satisfying finale.

If possible, decant one hour before serving.

This bears more than a passing resemblance to Californian ‘Meritage’ bottlings  but at a fraction of the price.

Thorn-Clarke have recently been awarded a 5* producer rating from James Halliday’s Australian Wine Companion for the 10th consecutive year.

They have also had 11 wines rated at or above 90 points including two wines rated at 97 points. Ben Chapman, CEO – “This is our most successful ‘range review’ in James Halliday’s Wine Companion since we released our first wine in 1998. It is nice recognition of our efforts to ensure that the wines keep improving each year…”.

A true grandee of the Barossa Valley; Thorn-Clarke’s ancestors settled in the region in the 1870s and for six generations have been involved in the wine industry. The family prides itself on the environmental sustainability of their operations and have set the bar high to ensure their continued status as a premium wine producer par excellence.